Voting IS Your Voice 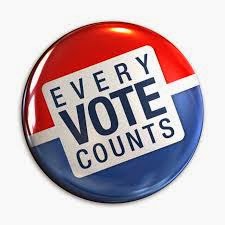 I just registered to vote in South Carolina online. All I needed was my driver's license number, and no where did I indicate my politial affiliation. I guess I'll have to wait to see what this mean when I receive my registration card in the mail. In the course of registering, I was once again reminded about the women who died to afford me this most basic freedom.

A powerful advocate for freedom, justice and women's rights, Midge MacKenzie, died in January. She was my age. She was best known for her documentary, Shoulder to Shoulder, aired in 1975 on PBS's Masterpiece Theater (as it was called in those days). I lived on South Street in Waltham, Massachusetts in the mid-1970's with three other single women; each with one child like me. Two were divorced, and one was an unwed mother like myself.

The strongest-willed of us, and the most ardent feminist of our little chosen family, was the first to teach me about politics. In those early days, I found it difficult to understand what Left, Right and Center meant. She taught me that concept and many other things. When we all lived together in our little "commune" in the suburbs, we watched a lot of Masterpiece Theater.

When the series, Shoulder to Shoulder, aired, watching it changed my life, my attitude, and my spirit. I had no idea what women suffered to win us the right to vote from men until I saw the force-feeding of women in prisons depicted in that series. In that moment, I grew from a naive girl, who ignored Watergate and Vietnam on the news while it was happening, to a woman who always votes as (I believe it to be) my only means of having a voice in how this country is run. My political "wake-up call" was driven further by watching the movie, All The Presidents Men, aired in 1976. When I fully realized what I had ignored as a teenage girl, and I was embarrassed by that awakening. In that moment, I vowed never to ignore what was happening in this country ever again, and my will to vote my conscience grew even stronger.

When I moved to Albuquerque, New Mexico in 1976, I began acting out my political beliefs: testing the waters, the boundaries of "Free Speech", and my Voice. I joined a group called, Citizens Against Nuclear Threats (CANT). I learned I had a talent for asking hard, poignant questions, and did my first news rebuttal on local television. I worked as a temporary secretary for Continental Oil, and befriended their local attorney. We shared our views of nuclear waste because New Mexico contained active uranium mines, especially in Grants. My new friend was going to attend a conference of uranium mining attorneys as Continental Oil's New Mexico representative. He invited me to join him. I approached the CANT group for funding, and they approved paying for my airfare. It was a day trip, and I would pose as a (non-descript) Continental Oil representative. I gave no details of my employment when asked, and my non-answers were readily accepted because I knew enough to name-drop. I was a spy for the very first time. Later in 1983, when the movie, Silkwood, came out, depicting the real-life disappearance of an activist named Karen Silkwood, I realized how dangerous my act could have been. I took vociferous notes at this conference and shared them with the newspaper. As far as I know, nothing ever came of them, but I was nervous. 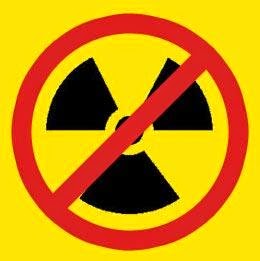 I wrote many letters to the editor of the Albuquerque Journal newspaper, and one morning as I was leaving the house for school (I was a student at the University of New Mexico), I received a call from a man from the New Mexico Environmental Protective Agency. He told me he was organizing a day-long conference on nuclear power, one of his speakers cancelled at the last minute, and he read all my letters in the newspaper. Would I like to fill the forty-five-minute slot he asked? "Yes" was out of my mouth before my mind registered the answer, and as soon as I hung up, I went into a mild panic. This speech would be my first public, professional presentation.

I was a nobody student, without degrees of any kind, presenting a self-written and researched, forty-page paper on nuclear waste to a room full of "suits" with initials after every name. Once I wrote the paper, I had Ph.D. engineers in CANT review it and approve its content. I was complimented on its accuracy, and on my writing. The praise felt really good and powered my on. I then just had to figure out an image to present as a speaker. I was a student of the parenting technique, PET (Parent Effectiveness Training).

PET's philosophy, as I remember it, was that there are three approaches to communication with children, and with everyone: one can approach the other person speaking as either a parent, an equal or a teacher. I decided I needed to look like a teacher for my presentation. My friend, Kate, a classmate at UNM, who was also one of the original creators of "Mothering" magazine attended and wrote an article about it for the magazine. When the conference was over, Kate told me I spoke like a parent telling a bedtime story. In the end, because I was also the last speaker, I was the most successful of all the speakers, and I felt the highest I had ever been without drugs. Everyone at the conference approached me to congratulate my success. It was an amazing feeling.

Twenty or so years later, while living back in my hometown of Newton Upper Falls, Massachusetts, I ran for Ward 5 Alderman. I ran against a man who had been an Alderman previously, a mayoral candidate, and had many political endorsements. I didn't even understand the importance of endorsements. I was mentored by the now deceased, very powerful at the time Alderman, Dick McGrath. He taught me about the importance of campaigning "door-to-door". I taped a street map of Ward 5 to my little home office wall on Abbott Street, and each day highlighted streets to walk. I had a professional photograph made, flyers and buttons. I secured a Campaign Manager and a Treasurer, along with a few workers. As election day came, I was the only worker I had left. The others went to work on the McGrath campaign. I lost by 225 votes. When my opponent bragged about expecting to win by a landslide, he expressed his respect to me for doing such a great job as a first-time candidate. I never ran again. Why? Because as I got more and more involved in city politics, I realized I was too open to be a politician. I felt like a "lamb to the slaughter", so after I shed a few tears over my loss, my next reaction was relief.

I was raised to be an independent free-thinker by my hard-working, lower-middle-class parents. I had a child alone, I bought my first house alone, and I ran for political office virtually alone. I never thought there was anything I could not do. I spent much of my young adulthood, middle years, and later years proving just that to myself. I know I can do anything if I put my mind to it; desire it, and believe I can have it. That's it. But, I have come full-circle politically.

I always vote, but I have become jaded with the political process in this country. Being active locally, I realized that politics is not about campaign speeches and promises forged out of a "party line". It remains a game played by ego-driven humans lusting for the spotlight and personal power. Politicians, in my opinion, regardless of party, do not necessarily represent their constituents. Even if a "newbee" politician gets elected with every intention of "doing the right thing", (s)he eventually finds out that the game is much larger than they expected. They either scratch the back of a representative who wants something special for a constituent town or city, or they don't get what they want. Period. It IS a game.

But, as a voter who still believes in the "power of the people", I must vote in every election. I must be as informed as I can, especially in local politics, because locally is where government affects us directly. I must be as informed as I can on the statewide and federal levels because the funding shared at the upper echelons of our government affect our local funding. I am typing this, because I haven't practiced it. I vote, but I am not as informed as I should be or want to be. I am tired. I am a sceptic. I am jaded. I am trying to renew my confidence in our government, but it is difficult.

I believe the two-party system is outdated and does not work anymore. I want more choices. I don't care what Democrats and Republicans preach. I believe that once in office, the game takes over and they act exactly the same. All the campaign rhetoric goes out the proverbial window. I don't believe them. And, there is no government party right now representing what I have come to believe. 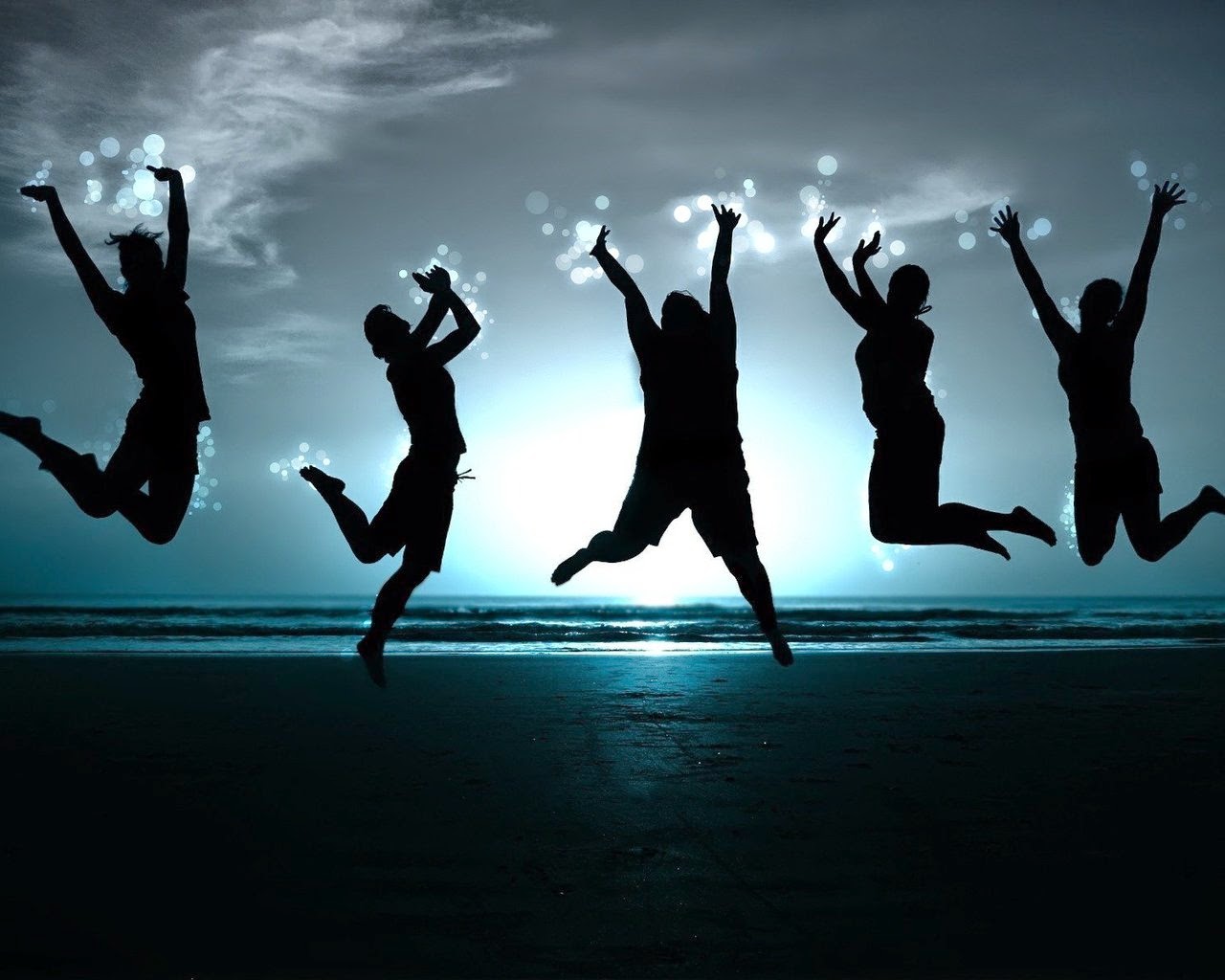 I believe in personal freedom for ALL. I believe in a limited set of rules to attempt to reduce chaos. There is no way to legislate human behavior. Someone in government must recognize this fact and eliminate attempts to do so. I believe is helping some in need with strikes against them thereby prohibiting their ability to move forward with prosperity. But I do not believe in a "free ride". Expectations have to be made of those who receive aide. There is no free ride. Period. Limits must be set on receiving aide, but those limits must be reasonable and realistic with a focus on the recipient being successful. 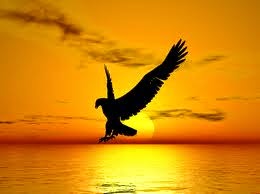 This blog post is already too long, so I won't continue. But I vow to become knowledgeable of candidates in the upcoming South Carolina elections. I vow to be an informed voter in November. I still believe my vote counts for something. Too many women died long ago to give me this right. They believed as I do in the power of human potential in everyone. The United States is all about potential. Voting IS my voice in the wilderness of government.

Posted by Kathy Crowley-Gardner at 9:05 AM No comments:

Kathy Crowley-Gardner
I retired over a decade ago, and have spent my time exploring the next phase of my Life. I began by blogging and moved into traveling with my husband and writing a children's book series called Logie Bear & Friends Adventures available on Amazon.com.